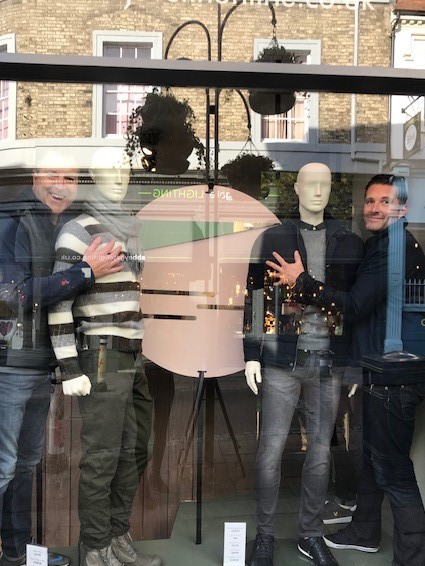 On Friday 19th October an intrepid team from MENTA set out on a fundraising mission on behalf of St Nicholas Hospice in Bury St Edmunds.

There were 21 tasks to complete which included posing in the window of the clothing store, Javelin in Abbeygate Street, being photographed with a policeman and fundraising for the charity in the street without rattling a bucket.

Team member, Sarah Faers said, “It was a fun day but some of the tasks were tricky. We encouraged people to donate money to give themselves a warm feeling on a chilly day, but it wasn’t easy! Neither were the various tasks involving an egg, which had to be taken throughout the day without breaking it.

MENTA raised £325 for St Nicholas Hospice, who organised the event for businesses in the town who in total accumulated the fantastic sum of£13,500.

Looking for a business loan, a grant or mentoring?

get the latest menta news and offers IN YOUR INBOX
Thank you! Your submission has been received!
Something went wrong while submitting the form